Showing posts from June, 2009
Show all

To the limit snowboading - Paul Mason

From learning how to do your ollie to tips on the perfect feeriding set-up for your board, this book offers the best advice, the coolest photos and biggest stars. NF 796.939 MAS
Post a Comment
Read more

To the limit blading - Martin Smith

This book offers you the best advice on getting going or getting better in the radical world of blading, from basic techniques to very cool advanced moves. NF 796.21 SMI
Post a Comment
Read more

Real-life advice for real-life challenges facing teenagers. From the Bestselling Author of A child called 'it'. NF 158.0835 PEL
Post a Comment
Read more 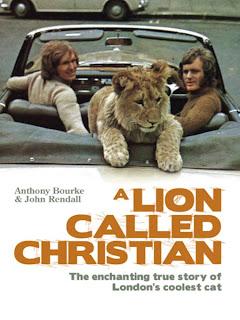 In 1969 two men, Anthony and John, bought a boisterous lion cub from Harrods in London, and the three of them lived together as flatmates. Christian became a local celebrity but he grew to big to keep, so after a chance meeting Christian was flown to Kenya and placed under expert care. Anthony and John returned to see Christian one year later and their incredible reunion can be seen on YouTube. A very cool story. NF 599.757 BOU
Post a Comment
Read more

If you like the terry Deary horible history books try these. * Tomb of treasure * Shadow of the galows * Tower of terror * Wall of woe
Post a Comment
Read more

In the swamplands of the Maryland shore, a wounded slave girl and her visions of the future tear a community aparat in a riveting drama of hope and redemption. Kidnappings, gunfights and chases ensure in this extraorninary story of violence, tragic triumph, and unexpected kindness.
Post a Comment
Read more

This is the most comprehensive selection of Janet Frame's stories ever published.
Post a Comment
Read more

Kyle Kingsbury used to be the guy you wished you were, with money, perfect looks, and the perfect life until a spell turned him into a beast. Not quite wolf or bear, gorilla or dog but a horrible new creature who walks upright - a creature with fangs and claws and hair springing form every pore.
Post a Comment
Read more

An anthology of original speculative fiction, by some of today's finest writers of fantasy and science fiction.
Post a Comment
Read more

Diary of a crush: sealed with a kiss - Sarra Manning

Book 3 in the Diary of a crush series Eddie and Dylan are together again and this time it's serious. they're heading to America for the road trip of a lifetime! Nine weeks stuck in a car together is a test for any relationship. will they last the distance?
Post a Comment
Read more

Jake Hunter's fed up with his new life of superpowered villany. but achrivals, the Council of Evil and the Hero Foundation, don't care. Each side is desperate tio use his unique abilities to defeat the other.
Post a Comment
Read more

A week ago, 14 year old Jake Hunter was an ordinary school boy. Then he clicked on a mysterious web link. Now he is a super powered global fugitive that is wanted for theft, kidnapping, blackmail..... and the pending destruction of the planet
Post a Comment
Read more

To Danny, small town life is deadly dull......... Untill his school mate disappears naked into the snow one night, never to be seen again. there's something out there in the dake and now it's waiting for him................
Post a Comment
Read more

Sassy Wild's had enough of pollution and plastic bags - she wants to make a difference. It's time to grab her guitar and start spreading some eco love...... but first she mus get round her mum and dad - officially the most embarrassing parents in the world.
Post a Comment
Read more

Paulo and his wife, Christina, embark on a forty-day quest into the starkly beautiful and sometimes dangerous Mojave /desart, where they encounter the Valkyries, strange warrior women who travel the desert on motorcycles.
Post a Comment
Read more

Cam has a hunger, it drives him from home, to war, from North to South. When he returns from war - alone all his fellow soldiers slain - suspicion swirls around him. He's damaged in body and soul. what has he witnessed? this is a tale of romance, adventure and everyday life in croft and manor house and castle.
Post a Comment
Read more

Charlie moves to a remote, ramshackle cottage and thinks this will cause more problems than it solves, however her first summer their proves to be a turning point for her and her mother, and turns out to be summer that Charlie will never forget.
Post a Comment
Read more

The house of the scorpion - Nancy Farmer

Matteo Alacran was not born; he was harvested. A Matt struggles to understand his existance, he is threatened by a sinister cast of characters. Escape is the only chance Matt has to survive, but he is half-boy half-monster. National Book Award Winner Newberry Honour book
Post a Comment
Read more

Tom Loxley is holed up in a remote bush trying to finish his book, when his beloved dog goes missing. The lost dog is a mystery and a love story, an exploration of art and nature, a mediation on ageing and the passage of time. Winner of the 2008 Christina Stead prize for Fiction WinnerNSW Premier's Literary Awards Book of the Year
Post a Comment
Read more

Best friend Ray and Jose are on their own and on the run. they hide out in Ten Mile River, a wildwood Harlem park. The boys ate closer than brothers until they meet Trini , and both fall for her. An interesting novel about survival and friendship on the streets of New York City.
Post a Comment
Read more

Revered writer Alfred Gibson's funeral has taken place at Westminster Abbey, and his wife Dorothea of twenty years, has not been invited. His will favours his children and a mistress over his estranged wife. This was longlisted for the Man Booker Prize 2008.
Post a Comment
Read more