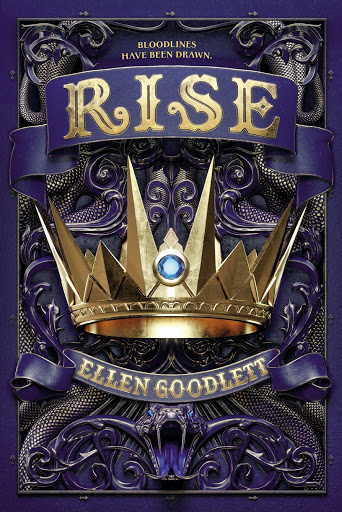 I only bought it because of the stunning cover!!! Oh- and we have the first one in the series too.

Dark pasts and forbidden romances haunt three ambitious sisters as they fight for their lives in this sequel to Rule, which New York Times bestselling author Elly Blake called "dazzling" and "pulse-pounding."

Sisters Akeylah, Ren, and Zofi are all a step closer to their dying father's throne, a step closer to the crown that will bring one of them to rule over Kolonya. But the sisters' pasts continue to haunt them. Each hides a secret marked with blood and betrayal, and now their blackmailer is holding nothing back. When King Andros discovers the sisters' traitorous pasts, the consequences will shake the entire kingdom to its core.As Kolonya's greatest threat stalks closer and closer, weaving a web of fear and deceit around Ren, Zofi, and Akeylah, even the people they love are under suspicion. If the sisters are going to survive, they'll have to learn to trust each other above all else and work together, not only to save themselves, but to protect everyone and everything they hold dear.With shocking reveals and suspenseful storytelling, this breathtaking sequel to Rule will keep you guessing until the very last page.