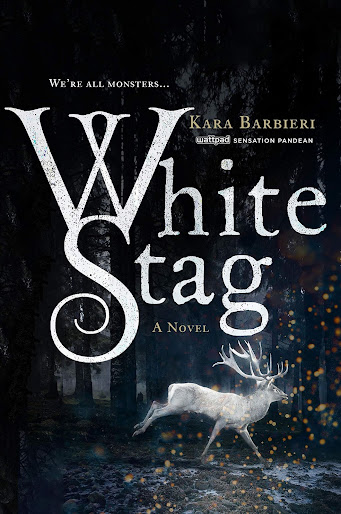 Location: FIC BAR
Genre: Fantasy and Romance
Sometimes you buy a book because It is simply beautiful of the cover- and this is one such example! It is just beautiful and I wanted it on my shelf facing outward.
The first book in a brutally stunning series where a young girl finds herself becoming more monster than human and must uncover dangerous truths about who she is and the place that has become her home.As the last child in a family of daughters, seventeen-year-old Janneke was raised to be the male heir. While her sisters were becoming wives and mothers, she was taught to hunt, track, and fight. On the day her village was burned to the ground, Janneke—as the only survivor—wastaken captive by the malicious Lydian and eventually sent to work for his nephew Soren.Janneke’s survival in the court of merciless monsters has come at the cost ofher connection to the human world. And when the Goblin King’s death ignites anancient hunt for the next king, Soren senses an opportunity for her to finally fully accept the ways of the brutal Permafrost. But every action he takes to bring her deeper into his world only shows him that a little humanity isn’t bad—especially when it comes to those you care about.Through every battle they survive, Janneke’s loyalty to Soren deepens. After dangerous truths are revealed, Janneke must choose between holding on or letting go of her last connections to a world she no longer belongs to. She must make the right choice to save the only thing keeping both worlds from crumbling.
"White Stag is fast paced and sucked me in right from page one. It was driven by a good mix of both plot and character development so that if either slowed a bit, my intrigue of the other carried me through.Let him know how strong I am now. Let him know what I can do...let him smell the blood of the goblins I killed, let him smell the wild and the wind and the anger in my veins, so he knows I’m not the same as I was beforeA human girl many, many years bound to the Goblin world, the Permafrost, in servitude finally finds an opportunity to revive and show her strength and change her circumstances.Perfect for those who enjoyed Holly Black’s The Cruel Prince! But with cruel and vicious Goblins in glamour to appear more...human like and attractive (and no, thankfully, the MC does NOT let us know every sentence “how beautiful” they are and does not drool about it constantly—kudos to the author)."  Mara