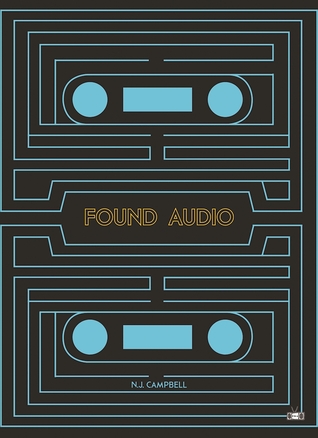 
"A page-turner, an onion peel of a story surrounding nothing less than the central questions of human existence. The reader is led down a rabbit hole and back out again, confused, afraid, but nevertheless also ever so slightly amused. This is a weird little book full of momentum, intrigue, and weighty ideas to mull over."―Publishers Weekly

"A wicked metafictional mystery [and] dizzying epistolary novel about dreams, perception, and the human psyche."―Kirkus Reviews


“You bein' here reminds me a deese things. You here searchin' reminds me a dat way. Dat kind of man who wants to see the soul of another man's world without buyin' da hardships dat come wit dat kind of understandin'.”
Amrapali Anna Singh is an historian and analyst capable of discerning the most cryptic and trivial details from audio recordings. One day, a mysterious man appears at her office in Dutch Harbor, Alaska, having traveled a great distance to bring her three Type IV audio cassettes that bear the stamp of a library in Buenos Aires that may or may not exist.

On the cassettes is the deposition of an adventure journalist and his obsessive pursuit of an amorphous, legendary, and puzzling "City of Dreams." Spanning decades, his quest leads him from a snake-hunter in the Louisiana bayou to the walled city of Kowloon on the eve of its destruction, from the Singing Dunes of Mongolia to a chess tournament in Istanbul. The deposition also begs the question: Who is making the recording, and why?

Despite being explicitly instructed not to, curiosity gets the better of Singh and she mails a transcription of the cassettes with her analysis to an acquaintance before vanishing. The man who bore the cassettes, too, has disappeared. The journalist was unnamed.

Here—for the first time—is the complete archival manuscript of the mysterious recordings accompanied by Singh's analysis.