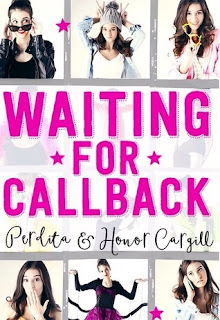 
"This is a chocolate cake of a book, a good sugary and rich wodge of hyper-real characters doing screamingly funny things with straight faces "- Harriet

When Elektra is discovered by an acting agent, she imagines Oscar glory can't be far away, but instead lurches from one cringe-worthy moment to the next! Just how many times can you be rejected for the part of 'Dead Girl Number Three' without losing hope? And who knew that actors were actually supposed to be multi-lingual, play seven instruments and be trained in a variety of circus skills?Off-stage things aren't going well either - she's fallen out with her best friend, remains firmly in the friend-zone with her crush and her parents are driving her crazy. One way or another, Elektra's life is now spent waiting for the phone to ring - waiting for callback.Can an average girl-next-door like Elektra really make it in the world of luvvies and starlets?