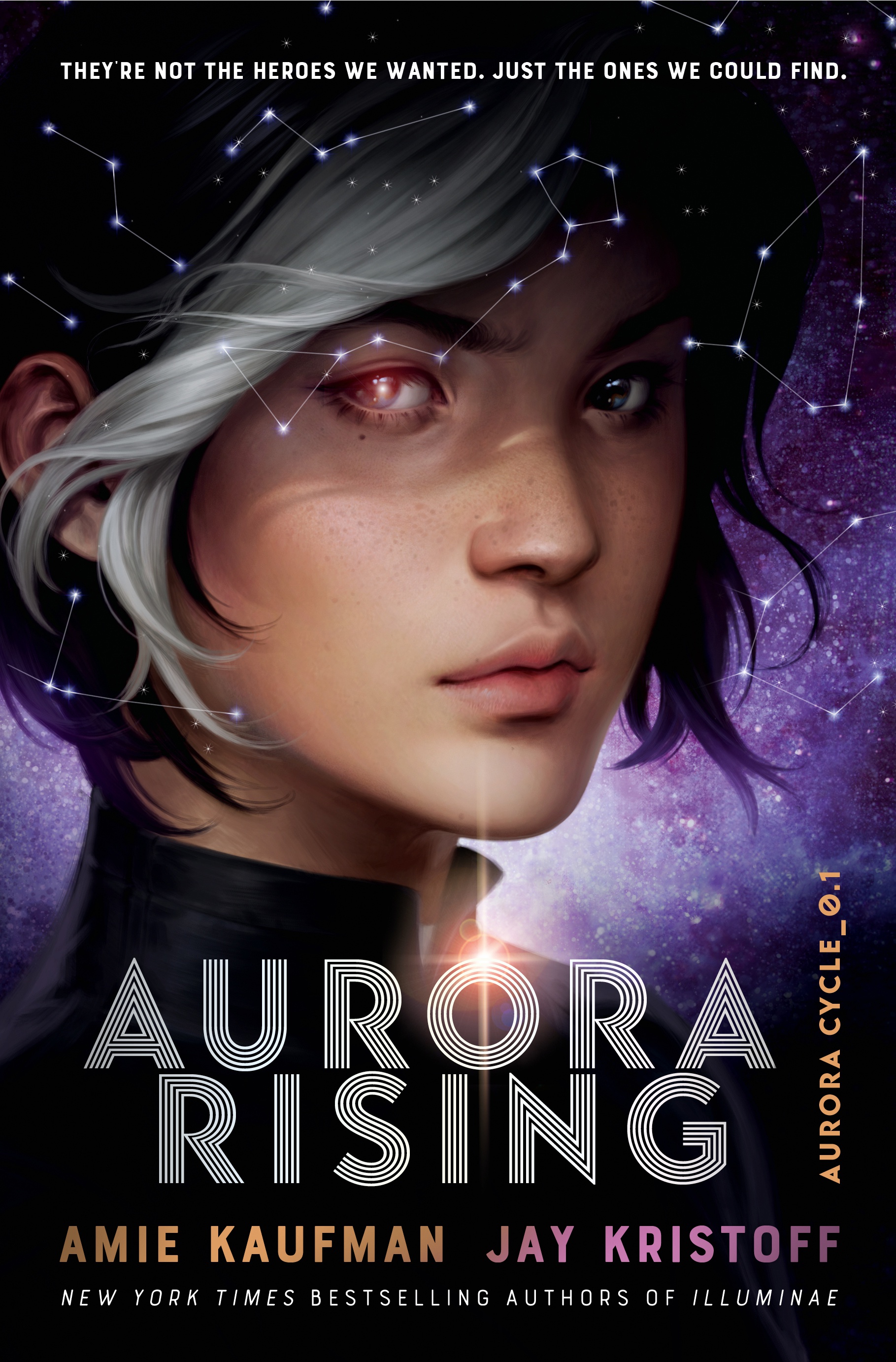 Firstly: a combo of Kaufman and Kristoff!!! WOW!

Fourthly: love quotes “Who am I to deny gravity, Aurora? When you shine brighter than any constellation in the sky?”  A Ha!!!!


The year is 2380, and the graduating cadets of Aurora Academy are being assigned their first missions. Star pupil Tyler Jones is ready to recruit the squad of his dreams, but his own boneheaded heroism sees him stuck with the dregs nobody else in the Academy would touch…A cocky diplomat with a black belt in sarcasmA sociopath scientist with a fondness for shooting her bunkmatesA smart-ass techwiz with the galaxy’s biggest chip on his shoulderAn alien warrior with anger management issuesA tomboy pilot who’s totally not into him, in case you were wonderingAnd Ty’s squad isn’t even his biggest problem—that’d be Aurora Jie-Lin O’Malley, the girl he’s just rescued from interdimensional space. Trapped in cryo-sleep for two centuries, Auri is a girl out of time and out of her depth. But she could be the catalyst that starts a war millions of years in the making, and Tyler’s squad of losers, discipline-cases and misfits might just be the last hope for the entire galaxy.

Aurora Rising is going down as my favorite book of 2019. I honestly don’t know if anything I read for the rest of this year will come anywhere near the magnificence that is this wonderful, hilarious, heart-wrenching, suspenseful adventure in space.- Goodreads reviewer