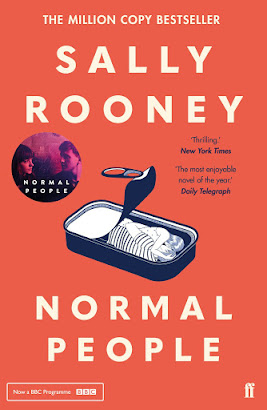 In Normal People, Sally Rooney tells the story of two deeply damaged people who develop an intense relationship that transcends the norms.

"I feel like there are any number of reasons I could have hated Normal People, but I didn’t. I actually kinda loved it. It's a weird, awkward, depressing novel about a connection formed between two very different people who find exactly what they need - and perhaps a lot that they don't - in each other" Emily

Connell and Marianne grow up in the same small town in rural Ireland. The similarities end there; they are from very different worlds. When they both earn places at Trinity College in Dublin, a connection that has grown between them lasts long into the following years.

This is an exquisite love story about how a person can change another person's life - a simple yet profound realisation that unfolds beautifully over the course of the novel. It tells us how difficult it is to talk about how we feel and it tells us - blazingly - about cycles of domination, legitimacy and privilege. Alternating menace with overwhelming tenderness, Sally Rooney's second novel breathes fiction with new life.