The Girl I Used To Be 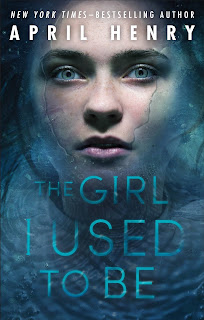 Olivia was only three years old when her mother was killed and everyone suspected her father of murder. But his whereabouts remained a mystery. Fast forward fourteen years. New evidence now proves Olivia's father was actually murdered on the same fateful day her mother died. That means there's a killer still at large.
Now Olivia is determined to uncover who that might be. But can she do that before the killer tracks her down first?

The Girl I Used to Be is another thrilling murder-mystery that'll have you on the edge of your seat from the New York Times-bestselling author April Henry, the author of the Point Last Seen series, Girl, Stolen, and The Girl Who Was Supposed to Die.


"I liked this little YA Thriller. It was a lot of fun, it was fast, and it kept me turning the pages."