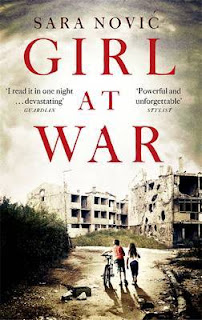 
“...I knew in the end the guilt of one side did not prove the innocence of the other.”

Will we ever learn- will we!!!
This book is set in Zagreb, genocide, child soldiers, brutality in the 1990's. We thought we may have learnt something then- but we haven't. We now have Syria...

This past weekend 700 refugees died escaping the horrors of war hoping to find a life that would offer them hope and peace. The Guardian tell us how it unfolded...

"More than 700 people are believed to have drowned in the Mediterranean last week, the deadliest seven days for Europe-bound asylum seekers in more than a year.

The casualties happened in three separate incidents on Wednesday, Thursday and Friday after more than 13,000 people set sail from Libya for Italy in an eight-day period. 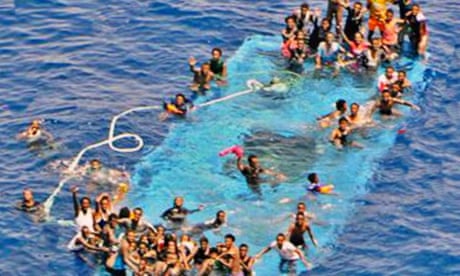 Read more
The full details of the disasters emerged slowly because of the chaotic nature of the situation. The UN refugee agency said it was now certain that this was the highest weekly death toll since April 2015, when more than 1,300 died in two separate incidents off Libya.
UNHCR spokeswoman Carlotta Sami told the Guardian. “We can say that most probably there were more than 700 dead.”
Rescue teams on Sunday described the shocking scenes that confronted them as they responded to the shipwrecks.
“It was pretty gruesome,” said Giorgia Linardi.
“There were already many dead bodies floating in the sea. Some of them were between life and death because they weren’t reacting, but still breathing.
“Whether they made it, we don’t know.”
Many of the bodies were clearly motionless, she said by phone from the middle of the Mediterranean. “We found a little kid of a few months. Most of them were young people – we found a [dead] couple hugging each other.”
As for this book- that reminds us in fiction form about the horrors and scars of real war
Zagreb, summer of 1991. Ten-year-old Ana Jurić is a carefree tomboy who runs the streets of Croatia's capital with her best friend, Luka, takes care of her baby sister, Rahela, and idolizes her father. But as civil war breaks out across Yugoslavia, soccer games and school lessons are supplanted by sniper fire and air raid drills. When tragedy suddenly strikes, Ana is lost to a world of guerilla warfare and child soldiers; a daring escape plan to America becomes her only chance for survival.Ten years later Ana is a college student in New York. She's been hiding her past from her boyfriend, her friends, and most especially herself. Haunted by the events that forever changed her family, she returns alone to Croatia, where she must rediscover the place that was once her home and search for the ghosts of those she's lost.
“Their musings about how and why people stayed in a country under such terrible conditions were what I hated most. I knew it was ignorance, not insight that prompted these questions. they asked because they hadn't smelled the air raid smoke or the scent of singed flesh on their own balconies; they couldn't fathom that such a dangerous place could still harbor all the feelings of home.”