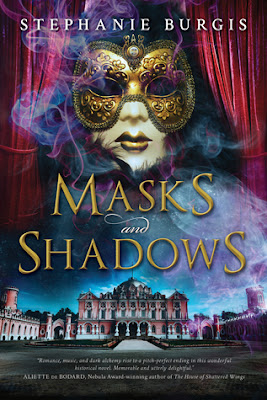 This book has me excited- I love history, I love big old buildings, I love royal court based stories and I love the cover of this book!

What is a kapellmeister?

Why is Eszterháza famous?

The story takes place in 1779, transporting readers to the extravagant court of Nikolaus I, Prince Esterházy of Hungary. Charlotte is a widowed young baroness, invited to stay at the palace during her mourning period by her sister Sophie, the prince’s mistress. The entire place is also abuzz with the arrival of Europe’s foremost castrato singer Carlo Morelli, here to enjoy the operas and grand musical productions that have made the Eszterháza so famous. Other visitors and guests that have come from afar include a Prussian spy and a notorious alchemist, setting the stage for the main event.
However, tragedy strikes as the prince’s opera troupe loses two of its most important performers. Franz Pichler, another actor, is punished in connection to his colleagues’ disappearance, while Anna, a young maid in Charlotte’s employ is suddenly vaulted to stardom when she is chosen to replace one of the missing singers. A sinister plot is hatching in the hands of a shadowy group at the palace, and as both Charlotte and Carlo are drawn into their mysterious web, the two of them are in turn drawn to each other even though they know deep down that a future together is forbidden. Still, if the threat to the royal family is not stopped, there might not even be a future for anyone at the Eszterháza.
Mogsy- Goodreads.com

Question One: a leader of a chamber ensemble or orchestra attached to a German court.