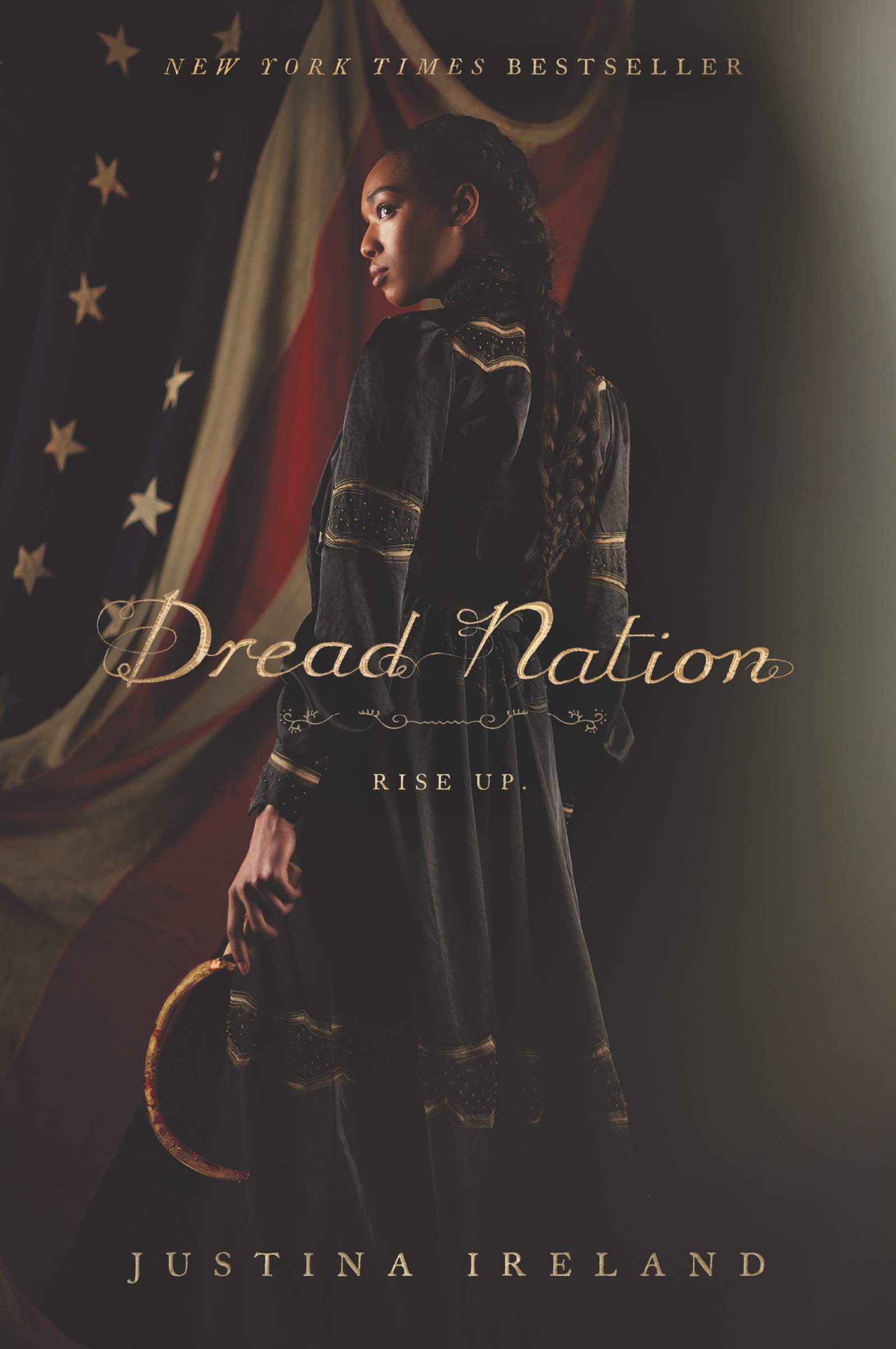 By: Justina Ireland
Location: FIC IRE
Genre:It is everything, Historical Fiction, Fantasy, Horror with some Zombies too!
Series: Dread Nation #1

Rated 4.12 with 12,000 reviews on Goodreads which mean this book is very very good, just like its cover.

I just watched the movie "Lincoln" what a man. Knowing more about him made the Gettysburg speech so much more powerful. I always hope that back in the day I would be on the side that fights for human rights, dignity, and equality. I would like to think that I would be part of the Black Sash in Capetown, that I would be a suffragette, that I would be an abolitionist. Maybe I need to start looking around and see what I need to fight for more in today's world.  Then there is this quote
“See, the problem in this world ain’t sinners, or even the dead. It is men who will step on anyone who stands in the way of their pursuit of power.” This is for you D Trump!
Enough of my rant- back to the book...

"This is the perfect blend of horror, fantasy and alternate history. Blends beautifully with known history and current zombie myth."

At once provocative, terrifying, and darkly subversive, Dread Nation is Justina Ireland's stunning vision of an America both foreign and familiar—a country on the brink, at the explosive crossroads where race, humanity, and survival meet.

Jane McKeene was born two days before the dead began to walk the battlefields of Gettysburg, Pennsylvania—derailing the War Between the States and changing the nation forever.

In this new America, safety for all depends on the work of a few, and laws like the Native and Negro Education Act require certain children attend combat schools to learn to put down the dead.

But there are also opportunities—and Jane is studying to become an Attendant, trained in both weaponry and etiquette to protect the well-to-do. It's a chance for a better life for Negro girls like Jane. After all, not even being the daughter of a wealthy white Southern woman could save her from society’s expectations.

But that’s not a life Jane wants. Almost finished with her education at Miss Preston's School of Combat in Baltimore, Jane is set on returning to her Kentucky home and doesn’t pay much mind to the politics of the eastern cities, with their talk of returning America to the glory of its days before the dead rose.

But when families around Baltimore County begin to go missing, Jane is caught in the middle of a conspiracy, one that finds her in a desperate fight for her life against some powerful enemies.

And the restless dead, it would seem, are the least of her problems.

"Five humongous stars! This book was so incredible. You have the girls who are just trying to survive in an unjust world while also being the front line fighters against zombie like creatures. Jane and Kate were so amusing to read about and amazingly well written and deep characters. There is so much more to this book than just being a zombie book so I hope people take more from it than that. My quick and simple overall: this book was beyond entertaining. It was thought invoking and you just don’t take that away from a lot of fantasy books nowadays. Loved it!!!! "Suzanna