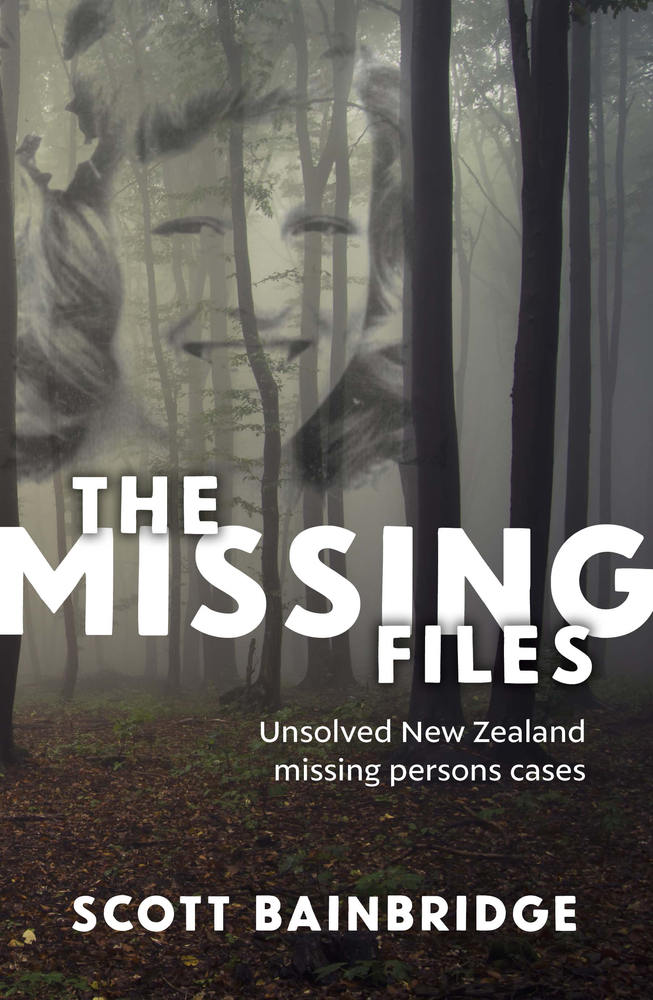 By: Scott Bainbridge
Location: FIC BAI
Genre: Missing People in NZ- Crime, whodunit, where are they?

The names of the people who are in the contents page are known to me, Mona Blades, Iraena Asher, John Beckenridge etc etc. Where are they, what happened to them,  who are the suspects. Did they disappear because they wanted to, or were made too?

According to the New Zealand Police, around 8000 people go missing in this country every year. While 95 per cent of these people are found within 14 days, there remains a small number of people who are never found.
In The Missing Files, Scott Bainbridge investigates the cases of 15 of these people. Among the cases presented here are some of the most bizarre and fascinating missing persons cases in this country's history - the earlier of those being the disappearance of Jean Martin in Wellington in 1945, and the most recent being the case of John Beckenridge and his stepson, Mike, who were last seen in the Caitlins in 2015.
The Missing Files features significant updates on some of the cases that were featured in Scott's previous books, Without Trace and Still Missing, and it also shines a light on several new cases that he has been actively investigating. With input from family members, key witnesses, police and other experts, Bainbridge provides a background to every missing person, provides detail of the circumstances of their disappearance, and examines the available evidence and each likely scenario in turn. The only thing no one seems able to provide is the answers.