Up from the sea 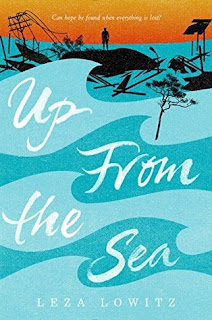 I will never forget the day the Japanese earthquake struck- ever.
It was March 11th and earlier that day we heard the devastating news that a young men we know had died in a car accident and the passenger- someone we knew well was seriously injured. They were Canadian and we lived in NZ. We were the closest thing this girl had to family and for those two days before her Mum could get to NZ we stood in her place. To try and kill time between phone calls and news from the crash we turned on the TV to watch a game of rugby- to dull our pain- and we saw the waves and the carnage and more pain and more death....


"At 2:46 on Friday, March 11, 2016, a 9.0-magnitude earthquake struck the Tohoku region of Honshu, Japan. It was the strongest temblor ever to hit that quake-prone country, and the fourth largest in the world. It lasted six minutes. After the quake struck, a massive tsunami followed. Waves reaching up to 133 feet."

Running through my ruined town,
pack flapping
winglike
against my back.

Plowing through blocks
strewn with heaps of
refrigeratorsblackboardsbicyclestaxis
bustedpianosshelvedesksstairs
allmixedtogether
in a marshland
grave.In March 2011, a massive tsunami devastates Japan. Kai, a biracial teen from a coastal village, loses nearly everyone and everything in the storm.When he’s offered a trip to New York to meet kids whose lives were changed by 9/11, Kai decides to look for his estranged father. Visiting Ground Zero on its tenth anniversary, Kai realizes the only way to make something good come out of the disaster back home is to return there and help rebuild his town