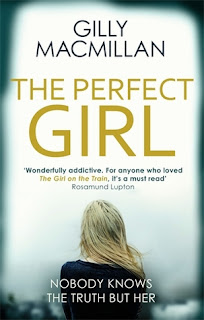 By order of Miss Featonby- and what a great recommendation it is!!! She has stolen it from the library so if you want to read it you will have to wait two days- she is a speed reader!

“Adults like to put a name on everything you feel, as if a name can neutralise it. They’re wrong, though. Some things settle under your skin and don’t ever go away, no matter what you call them”

Originally titled Butterfly in the Dark, the story revolves around teenage musical prodigy Zoe Maisey. Years earlier she was convicted of killing of a number of her friends in a car accident and was sentenced to nine months in a rehabilitation unit. Now years later her parents have divorced, with her mother remarrying. Tonight is mean't to be the culmination of Zoe's life resurrection, performing a musical with her brother in law Lucas. The performance in itself will go well, but the rest of the night will be disaster. Firstly a father of one of the teenagers killed in the accident, will threaten Zoe from the audience. Then tragically by the end of the night, Zoe's mother will be dead.The question of who killed Zoe's mum is paramount, but is one that is skillfully blended in with the impact of what the death will do to an already fragile family structure. The story is told not by one main narrator, but instead from all of the family and a local lawyer. Rather than making this a fragmented read, it instead, thanks the writing made for an intriguing read. With themes as varied as domestic violence, infidelity, substance abuse and how we as humans try to move on from the greatest upheavals in our lives, made for compelling reading. While in no way a great thriller, The Perfect Girl is a excellent page turner for those after a clever and well written thriller.

The Perfect Girl is a beautifully written story with a heartbreaking plot. It is told from several narratives, unfolding methodically to give us a gripping and complex story… a psychological thriller… a story of second chances or maybe even third chances… a book I could not put down.- Nancy