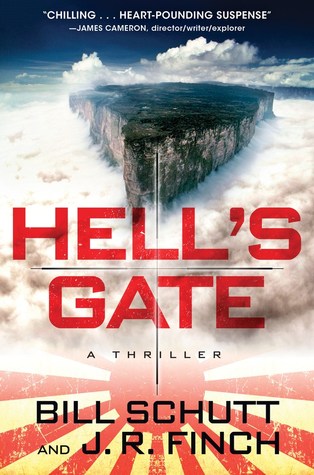 Bill Schutt is a biology professor at LIU Post and a research associate in residence at the American Museum of Natural History.
Raised on Long Island by parents who encouraged his love for turning over stones and peering under logs, Schutt quickly grew a passion for the natural world, with its enormous wonders and its increasing vulnerability. He received his PhD in zoology from Cornell and has published over two dozen peer-reviewed articles on topics ranging from terrestrial locomotion in vampire bats to the precarious, arboreal copulatory behavior of a marsupial mouse. AND he writes WW11 Thrillers!

When a Japanese submarine is discovered abandoned deep in the Brazilian wilderness, a smart, adventurous, and tough zoologist must derail a catastrophic plot in Hell’s Gate.

1944. As war rages in Europe and the Pacific, Army Intel makes a shocking discovery: a 300-foot Japanese sub marooned and empty, deep in the Brazilian interior. A team of Army Rangers sent to investigate has already gone missing. Now, the military sends Captain R. J. MacCready, a quick-witted, brilliant scientific jack-of-all-trades to learn why the Japanese are there—and what they’re planning.

Parachuting deep into the heart of Central Brazil, one of the most remote regions on the planet, Mac is unexpectedly reunited with his hometown friend and fellow scientist Bob Thorne. A botanist presumed dead for years, Thorne lives peacefully with Yanni, an indigenous woman who possesses mysterious and invaluable skills. Their wisdom and expertise are nothing short of lifesaving for Mac as he sets out on a trail into the unknown.

Mac makes the arduous trek into an ancient, fog-shrouded valley hidden beneath a 2000-foot plateau, where he learns of a diabolical Axis plot to destroy the United States and its allies. But the enemy isn’t the only danger in this treacherous jungle paradise. Silently creeping from the forest, an even darker force is on the prowl, attacking at night and targeting both man and beast. Mac has to uncover the source of this emerging biological crisis and foil the enemy’s plans . . . but will he be in time to save humanity from itself?