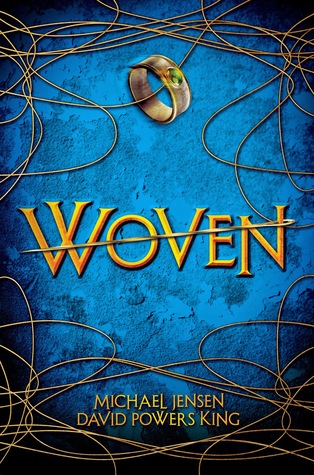 
The Princess Bride meets Ghost (the movie), with a little hint of The Matrix in there.

I have been trying to get this book for  a year or so, I just loved the cover, and finally I have managed to get a copy into our library. It is a stunning looking book inside and out- and the story....

"A unique story that has the nostalgic feeling of a beloved fairytale. I was immediately sunk into this book from page one. There is comedy, romance, adventure, action, magic, ghosts, what's not to love? If that doesn't sound like a great book to you, you are dead wrong. I read it so fast that it felt short but it's a decent size novel. I just fell so in love with the plot and the characters, I just wasn't ready for it to be over. It's amazing. "- Brittany


Two unlikely allies must journey across a kingdom in the hopes of thwarting death itself.

All his life, Nels has wanted to be a knight of the kingdom of Avërand. Tall and strong, and with a knack for helping those in need, the people of his sleepy little village have even taken to calling him the Knight of Cobblestown.

But that was before Nels died, murdered outside his home by a mysterious figure.

Now the young hero has awoken as a ghost, invisible to all around him save one person—his only hope for understanding what happened to him—the kingdom’s heir, Princess Tyra. At first the spoiled royal wants nothing to do with Nels, but as the mystery of his death unravels, the two find themselves linked by a secret, and an enemy who could be hiding behind any face.

Nels and Tyra have no choice but to abscond from the castle, charting a hidden world of tangled magic and forlorn phantoms. They must seek out an ancient needle with the power to mend what has been torn, and they have to move fast. Because soon Nels will disappear forever.