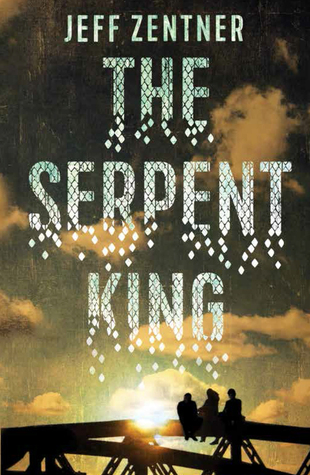 
“If you're going to live, you might as well do painful, brave, and beautiful things.”

Dill's father is in jail for an unspeakable crime. Shunned by the neighbours in their small religious Tennessee town, Dill and his mother try to make ends meet.

Dill’s only respite from poverty and prejudice are his two friends: Lydia and Travis. Travis is an oddball, finding sanctuary from his violent father in his obsession with an epic fantasy saga. Lydia is fast-talking and fiercely creative, pinning her hopes on her achingly cool fashion blog. Dill fears his heart will break when she escapes to a better life in New York.

Dill wants to get through his final year of high school in one piece. But there’s a dark secret at the heart of his family, a serpent poisoning his blood, filling him with despair. Dill must confront this legacy of madness and desperation before it tears him apart.


"This book introduces three young adults coming of age in a gripping tale set in a rural small town in Forrestville, Tennessee. Dillard Early, Jr., a talented musician, is the son of almost fanatically religious parents, his father being a former pastor and now a convicted criminal. His mother blames him for the imprisonment of his father, and sharing the same name with his father and grandfather, both having earned a negative reputation in their town, doesn't improve matters for Dill. Lydia Blankenship feels as if she was born into the wrong hometown; because as much as she loves her parents (and is loved in return), she never felt welcome in Forrestville and rather seeks to discover huge, adventurous metropolises like New York City. Running a famous fashion blog with thousands of followers, Lydia finds comfort in the support of virtual friends. Travis Bohannon is a gentle and caring guy who doesn't exactly have the perfect body weight and who is obsessed with an epic fantasy series called Bloodfall, which Jeff Zentner manages to characterize so well that it almost feels like a series one would like to read too. Travis struggles with finding a place in his family, especially as his abusive father has turned into a notorious drunkard after Travis' older brother's death.
We have a fantasy fanboy, a social media celebrity and a criminal's son caught between tradition and the modern world - a motif which continues to be visible throughout the entire novel. Religion and music are explored in very surprising ways, just as the contrast between small-town life and urban pace plays heavily into the story.In the beginning of the novel, Dill, Lydia and Travis were just some random teenagers yet another author attempted to write a story about, but in the end, those three people have turned into good friends. Of course they are fictional characters, but sometimes you just wish those fictional characters could be made of flesh and blood and living in your own hometown." Counsillor- Goodreads.com