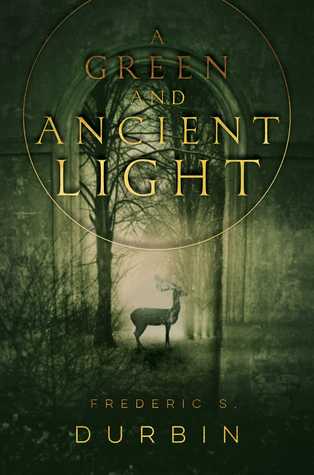 "A gorgeous fantasy in the spirit of Pan’s Labyrinth and John Connolly’s The Book of Lost Things."

I read about this book and hunted it down- this library needs it!

Set in a world similar to our own, during a war that parallels World War II, A Green and Ancient Light is the stunning story of a boy who is sent to stay with his grandmother for the summer in a serene fishing village. Their tranquility is shattered by the crash of a bullet-riddled enemy plane, the arrival of grandmother’s friend Mr. Girandole—a man who knows the true story of Cinderella’­s slipper—and the discovery of a riddle in the sacred grove of ruins behind grandmother’s house. In a sumptuous idyllic setting and overshadowed by the threat of war, four unlikely allies learn the values of courage and sacrifice


"A sweet, beautifully-written, wistful book with the heart and charm of a classic that's emotionally and intellectually accessible for people of all ages. "
Philip

“I had reached a way-marker on the path to adulthood-- the first dividing of my heart. To live in this world, I realized, is to leave pieces of your heart in various places; and to move toward any place is to moveaway from another.”
― Frederic S. Durbin, A Green and Ancient Light